Kenya officially the Republic of Kenya (Swahili: Jamhuri ya Kenya), is a country in Africa with 47

Kenya is the world's 48th largest country by total area. With a population of more than 53.77million people, Kenya is the 29th most populous country. Kenya's capital and largest city is Nairobi, while its oldest city and first capital is the coastal city of Mombasa. Kisumu City is the third largest city

and also an inland port on Lake Victoria. Other important urban centres include Nakuru and Eldoret.

According to archaeological dating of associated artifacts and skeletal material, the Cushites first settled in the lowlands of Kenya between 3,200 and 1,300 BC, a phase referred to as the Lowland Savanna Pastoral Neolithic.

Nilotic-speaking pastoralists (ancestral to Kenya's Nilotic speakers) started migrating from present-day southern Sudan into Kenya around 500 BC. European contact began in 1500 with the Portuguese Empire, though effective colonization of Kenya began in the 19th century during the European exploration of the interior. Modern-day Kenya emerged from a protectorate established by the British Empire in 1895 and the subsequent Kenya Colony, which began in 1920. Numerous disputes between the UK and the colony led to the Mau Mau revolution, which began in 1952, and the subsequent declaration of independence in 1963. After independence, Kenya remained a member of the Commonwealth of Nations. The current constitution was adopted in 2010 to replace the 1963 independence constitution.

Kenya is a home to wildlife like lions, elephants and rhinos. From Nairobi, the capital, safaris visit the Maasai Mara Reserve, known for its annual wildebeest migrations, and Amboseli National Park, offering views of Tanzania's 5,895m Mt. Kilimanjaro. Kenya has 25 National Parks, 18 National Reserves and 6 Marine Parks and Reserves

One of the best times to visit Kenya is from July to September, during the country's dry season, which also coincides with the Great Migration of wildebeest and zebra. The rainy seasons are also good times to travel, as there are fewer visitors and you can admire the striking emerald vegetation. 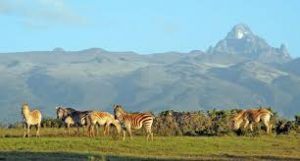 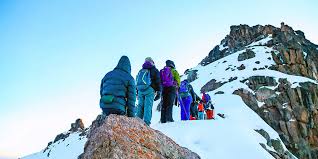 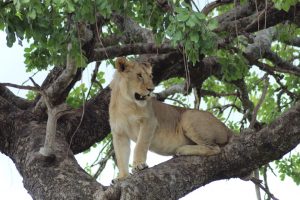 Kenya is a top wildlife destination, recommended especially for those booking a first-time safari. The Masai Mara offers excellent big cat encounters and is the setting for the yearly wildebeest migration. Palm-lined beaches offer a perfect place to relax after an action packed safari.