Day 1: Tarangire National Park
Arusha
After breakfast departs to Tarangire National Park for game drive with picnic lunch at the park. Tarangire is famous for its huge herds of elephant population and baobab trees. The Park comprises the centre of an annual migration cycle. It comprises up to 3000 elephants, 25,000 wildebeest and 30,000 zebras. Full day game drive will make you speculate and enjoy the natural beauty of the Park. Late afternoon drive to Campsite. Dinner and Overnight at Camp/ Lodge.
Day 2: Lake Manyara National park
Manyara
After breakfast depart to Lake Manyara National Park. The Park offers variety of habitats, that is; Underground water forest, Baobab strewn cliffs, Acacia woodlands, water forests, Algae-streaked hot springs, swamps and the Soda ash Lake Manyara itself rich in Flamingos. Despite the lake being small in size it does supports large numbers of animal species and absurd bird life. Lions present in this park are well known for their tree climbing character, also compared to other parks in the world Lake Manyara has the huge troops of Baboons. A full day game drive will make you enjoy the breath taking scenery of the park, later in the afternoon will drive back to the campsite.
Day 3: Ngorongoro Crater
Arusha
After an early breakfast, depart and descend over 600 meters into Ngorongoro crater,the Breath- taking natural wonder.Ngorongoro conservation Area Authority supports a giganticdiversity of animals due to yearly round water and food supply; this comprises herds of Wildebeest, Buffalo, Zebra, Hippos, African Elephants, Eland and Warthogs. The Parks is unique too due toit’sintense population of predators such as; Lions, Jackals, Cheetahs, Hyenas and the mysterious rarely spotted Leopard. On the Southwest corned of the crater lies Lake Magadi, a large but shallow alkaline lake, described as one of the main features of the crater. The Lake consists of a large numbers of Flamingos, Hippos and many other water birds. Late evening hours drive back to Arusha. 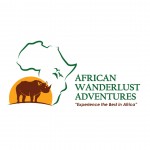