DAY 1: ARUSHA – LAKE MANYARA NATIONAL PARK
Manyara
You will begin your safari to Lake Manyara After breakfast your driver guide will give you the short safari briefing and begin your safari to Lake Manyara National Park for a game drive with our picnic lunch. Upon your arrival Manyara you will be welcomed by the Great Rift Valley Escarpment view and fun makers’ baboon at the entrance of Manyara in large groups. We will travel through the agricultural and fresh produce market town of Mto Wa Mbu, which is situated next to the entrance of the Lake Manyara National Park. The town is a souvenir hunter’s paradise, harboring thousands of souvenir salesmen – ready to pounce at your slightest invitation. The Lake Manyara National Park is one of Tanzania’s most dramatically located African wildlife areas, consisting of a massive but shallow soda lake (covering two-thirds of the park) at the foot of the Great Rift Valley’s western escarpment. The park’s varied habitat attracts a wide variety of animals; including one of Africa’s densely populated of the herd of the African elephant, famous tree-climbing lions, as well as large flocks of flamingos, attracted by the algae in the lake. We will enjoy a picnic lunch inside the park and do two exciting morning and afternoon game drives, in search of the wildlife and birdlife that Manyara host along with a view of famous hot spring known as “Maji Moto” you will proceed with game drive while your driver will be driven you in your lodge Overnight at Fig Lodge
DAY 2: LAKE MANYARA NATIONAL PARK – NGORONGORO CRATER
Ngorongoro crater
After breakfast We start the day with an early morning game drive before heading to Ngorongoro Conservation Area. Ngorongoro is a special place in that it is a Conservation Area, not a National Park; this means that the whole area is managed for both the animals and the local Masai people who graze their cattle alongside the indigenous wildlife. During the drive in Ngorongoro we have a chance to glimpse something of the Masai way of life. After stopping at the entrance gate, where there is a chance to learn more about this fascinating volcanic landscape, we will drive around the rim of the Crater itself, and from here we can look down and see the herd of wildebeest or buffalos. Finally we descend into the crater. The crater walls provide a natural sanctuary for the animals, which means there is plenty to see: lions, elephants, buffalo, rhino and leopard. The only animal you won’t see in here is a giraffe, whose long legs are unable to cope with the steeps sides of the crater. In the late afternoon we make a short journey from the crater to your accommodation area Overnight Fig lodge
DAY 3: TARANGIRE NATIONAL PARK – ARUSHA/ Airport
Tarangire
After early morning breakfast your guide will take your parked lunch and begin drive to tarangire national park. The Tarangire National Park with its endless tree savanna and seasonal marshes is also home to the largest elephant herd in North Tanzania; with over 4000 at the last count, it takes some beating. To add to this you also can watch giraffes, buffalo, lions, zebras, gnus and different types of antelopes and gazelles. Upon your arrival at the Park your driver will attend service with open roof jeep extensive wildlife watch will begin with our lunch box to be taken at a picnic spot and in the afternoon you will get to see more of this amazing and beautiful park. Late in the afternoon your driver will drive you back to Arusha /Airport and here will be the end of our safari 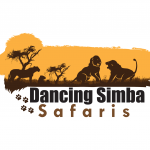