A tour to Materuni Village and Waterfalls is a great way to spend a day away from the bustle of town life. The walk to Materuni Waterfall offers a glimpse into the nature of Tanzania allowing you either to prepare your body for the forthcoming climb to Kilimanjaro or ease your muscles after the climb.The tour starts with a walk to Materuni Waterfall. It is an opportunity to see how local fruit like avocados, mangos, lemons, and bananas grow, as well as learn some of the local history, traditions, village economy, agricultural and cultural life. When you get to the waterfall, you can refresh yourself in the natural pool, so swimsuits will come in handy! The tour will continue with a visit to the local village lying in the coffee plantations. The villagers will demonstrate the process of coffee farming and guide you through the preparation of coffee from a bean to a cup. Sing and dance along with the Chaga people as they are grinding, roasting and boiling the beans. When the coffee is ready, villagers will serve lunch - a national Chagga meal. after finish we will drive you to KIKULETWA HOT SPRING Boma for Swiming Over night (point zone)

In the morning pick up from your accommodation in Arusha by your personal Safari Guide and drive to Tarangire national park  a good tarmac road in this Tanzania Luxury Safari, across the gently rolling Masai plains with scattered acacia trees. En route of Tanzania Luxury Safari, you will pass many Masai in their colurful dress walking on the roadside, riding bicycles, herding their cattle and driving donkeys carts. After an extensive game drive, having experienced the various sights and sounds of the wilderness, you will leave the park and drive to Lodge for dinner and an overnight stay around Tarangire national park

After breakfast Tanzania Luxury Safari through this , you will continue towards the fertile highlands where wheat, coffee, and corn are grown by the Iraqw people. Passing through the Ngorongoro Conservation Area, you will be able to see the breath-taking Ngorongoro Crater before traveling onwards to the Serengeti National Park, which you will reach by midday. The Serengeti National Park is the largest park in Tanzania with divers landscapes and habitats, such as grassy plains, swamps, lakes, Savannah and mountains. Here the biggest wildebeest and zebra migration takes place and depending on the season, you may have the opportunity to witness thousands of animals on their search for food and water. Dinner and overnight at serengeti kati kati

The entire day is set aside for more game drives in the Serengeti National Park. The Serengeti is the habitat for an abundance of wildlife, such as impalas, buffalo, crocodiles and hippos, but is more well-known for its great migrating herds of zebras and wildebeest. The animals’ trek is determined by the rainfall and varies from year to year. In November and December the animals move from the northern region, dominated by woodlands and hills, to the grassy plains of the south. During the longer rainy season from April to June, they return to the north. Apart from the migrating herds, you might have the chance to see predators, such as leopards, cheetahs and lions, always lurking close by. after having unforgettable full day game drive then back at your camp for dinner and overnight.

After an early breakfast you will head out for another game drive in the Serengeti. You might be able to spot the “Big Five” – lion, elephant, buffalo, rhino and leopard – before embarking on your journey to the Ngorongoro Crater.The animals roam freely through the unfenced reserves offering you an uninterrupted game viewing experience.Arriving at the edge of the crater you will have your first glimpse of what awaits you the following day – glistening streams, open grassland and an infinite amount of animals.You will spend the evening and night at a nearby lodge in ngorongoro

Early risers are rewarded with breath-taking views of the rising sun over the crater’s edge and after a hearty breakfast you will drive down the adventurous track into the crater. This UNESCO world heritage site, formed millions of years ago, is 610 m deep and covers roughly around 260 square kilometers. Due to its dense animal population of approximately25,000, the crater offers the best game viewing of all the parks in Tanzania. In matter of minutes you will be able to see wildebeest, zebras, gazelles, elephants and some of the more than 500 bird species in the area. With a little bit of luck you might catch a glimpse of the endangered black rhino through the grass then Go Back Arusha. Dinner and overnight at a lodge located in Arusha

Day 7: Transfer to Zanzibar this is Free Day it depend on your program we can arrange together

We were on a 7-day safari. It was a great trip. We arrived at Mount Kilimanjaro airport. Our guide/driver picked us up and delivered us Arusha Serena Lodge. The safari started here as Guide began pointing out interesting details about the surrounding area. He was very knowledgeable and willing to answer all our questions. We had arrived a day earlier than the other members of our safari group. Our Guide made a point to find us and introduce the others as they arrived. From here we went to Lake Manyara national park. Then onto the Serengeti national park and the Ngorongoro Crater. It was a great trip and managed wonderfully by our driver-guide.I would highly recommend the Africa prince adventures."
P 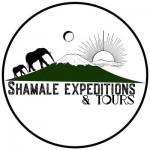