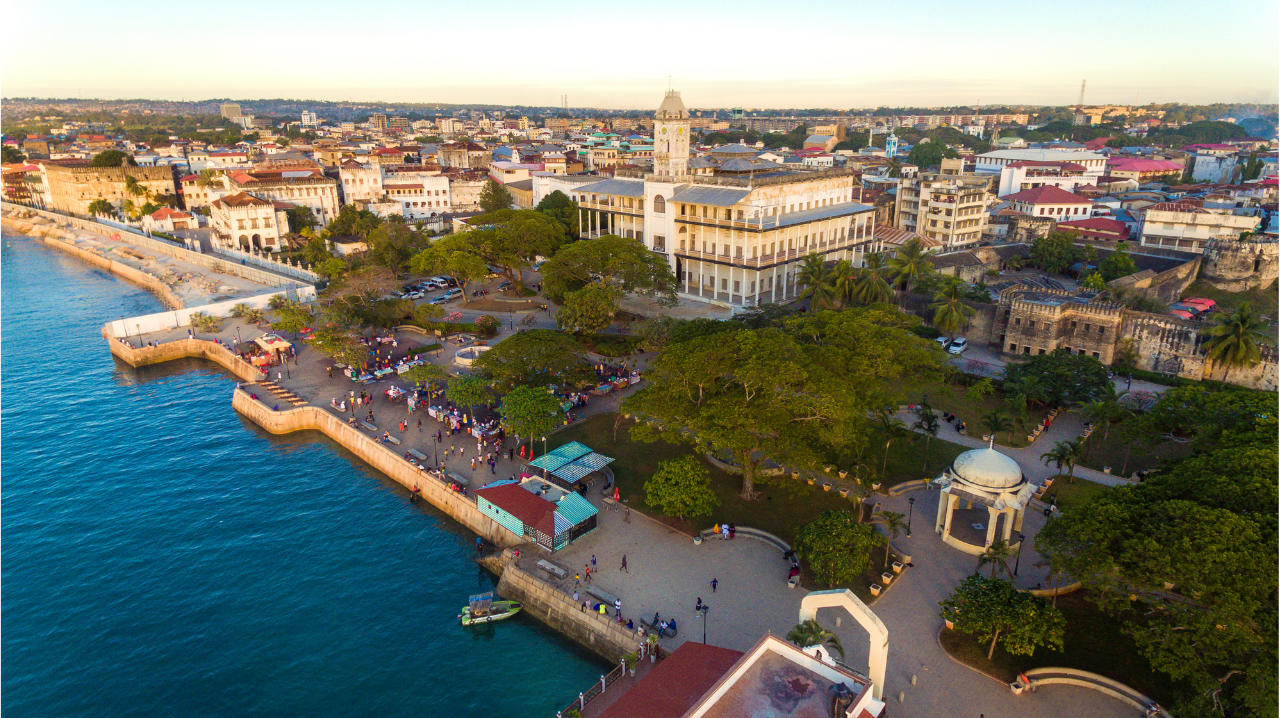 In part one of our new blog series, we’re delving into the rich and varied history of the island paradise of Zanzibar.

Did you know, for example, that the island of Unguja was originally named Menuthias and is mentioned in accounts written in the 1st Century AD? Or that, over the centuries, Zanzibar has been under Portuguese, Omani and British control?

Read on for a (very!) potted history of this fascinating destination…

A hub of trade

It’s thought that traders from Arabia, Persia and India probably began arriving in Zanzibar during the 1st Century AD by sailing across the ocean on the monsoon winds. Wealthy port cities began to spring up along the coast, and a large, sheltered harbour was constructed at present-day Zanzibar City.

Although the islands themselves didn’t offer much in the way of resources to the traders during this period, Zanzibar was an excellent location from which to trade and explore the coast of East Africa. It also made a perfect stop-off location for traders en route to Asia, the Middle East and the interior of Africa.

Eventually, some Persian traders began settling in Stone Town permanently, and their influence on the architecture, cuisine and culture of Zanzibar can still be seen today.

Fun fact: it’s thought that traders from Yemen built the earliest mosque in the southern hemisphere in the village of Kizimkazi on the southern coast of Zanzibar, after an inscription on a wall of the mosque was found with the year 1107!

The arrival of Vasco da Gama

Vasco da Gama, an explorer from Portugal who had recently become the first European to successfully reach India by sea, arrived in Zanzibar in 1499. With his arrival, European culture was introduced to the

With his arrival, European culture was introduced to the islands, and Zanzibar officially became part of the Portuguese Empire a few years later.

For the most part, the Portuguese ruled from a distance, and the relationship between the Zanzibari leaders and the Portuguese was largely based on mutual assistance. The people of Zanzibar more than once assisted the Portuguese in attacking the coastal city of Mombasa in Kenya, and in 1571 the King of Zanzibar even declared his intention to donate the islands to his Portuguese allies as a thank you for their help in beating back numerous invaders from the mainland (although the donation was never actually given!). The Portuguese also established a trading factory and Christian mission on the site of modern-day Zanzibar City, and some Portuguese settled on the islands as farmers.

The rule of the Sultans

In 1698, the Arab rulers of Oman captured Mombasa from the Portuguese, and with that Zanzibar was under Omani rule.

Trade in ivory and slaves, along with exports of cloves, vastly increased Zanzibar’s wealth, and Stone Town became one of the wealthiest and largest cities in East Africa. Traders from Arabia, Persia and India would arrive in Zanzibar on the monsoon winds to sell iron, cloth, sugar and dates. When the winds changed, they would return home with their boats packed full of tortoiseshell, cloves, coconuts, rice, ivory and slaves.

In 1840, the Sultan moved his capital from Muscat in Oman to Stone Town, where he established a ruling Omani elite, increased the size of the clove plantations (which were worked on by slaves imported from East Africa) and encouraged traders from India to settle on the islands.

By this time the slave trade was booming, with an estimated 50,000 slaves passing through the islands each year. In 1822, the British signed the first of a series of treaties with the Sultan to try and curb the brutal practice. Under strong British pressure, the slave trade in Zanzibar was officially abolished in 1876 (although it continued in practice for some years afterwards).

In 1890, the remains of the Sultanate in Zanzibar were proclaimed a British protectorate. On the death of the ruling Sultan in 1896, however, the royal palace was seized by Khalid ibn Barghash who proclaimed himself Sultan. After he refused to step down, the British attacked the palace, leading to the Anglo-Zanzibar War – otherwise known as the shortest war in history, which lasted less than an hour!

After Khalid ibn Barghash’s defeat, the British installed a Sultan of their choice, and British rule through a Sultan became the norm. In 1897, the new Sultan brought an end to Zanzibar’s reputation as a centre for slave trade by banning slavery and freeing all the slaves on the islands.

In 1913, the British appointed their own governors and implemented important public health initiatives such as the construction of a sewer system and proper rubbish disposal.

In 1963, Zanzibar was granted independence as a member of the Commonwealth with a ruling Sultan. However, in 1964, the government in Zanzibar was overthrown by a revolution led by 600 Zanzibaris. The Sultan was deposed, and a new People’s Republic of Zanzibar and Pemba was proclaimed. Thousands of Arab and Indian civilians were murdered, expelled or had their property confiscated.

Arrival to zanzibar Airport, then will you go to the hotel for the restroom, the after will you get a short city walking tour and then come back to restrooms.
Itinirary is prepared and can we sent to you through WhatsApp Just contacts us +255 763 926 060